THE EAGLE HAS LANDED

Three of the most celebrated— or dreaded words in the English language have once again been swirling in households all across America (in addition to the ad nauseam department store advertising): Back To School. I’m sure for some kids this phrase induces literal nausea. For many parents it carries an anticipation not unlike the twelve days of Christmas. For Greta and me this year, it finds us both sanguine and melancholy. Now them’s college words. That’s because yesterday we took our son back to college.

Canain is a sophomore at UNC. The road to Chapel Hill was more of a roller coaster than a state highway. And as I’ve reflected upon that twisting path one salient memory asserts itself, the final ascent on a different but not unrelated wild ride, his journey to Eagle Scout two years ago. As you probably know, this has to be accomplished before one is eighteen years of age. So naturally, hovering over all the mirth, adventure, and camaraderie is the Sword of Damocles. ..or more accurately the Taut-line Hitch of Lord Baden-Powell (the founder Scouting). 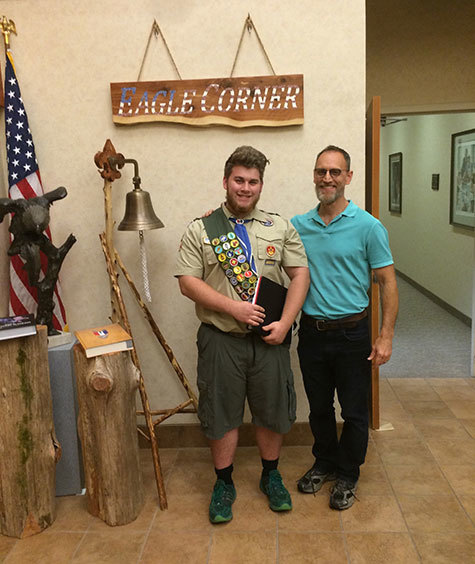 I’m musing over this today out of nostalgia (every parent's right of passage this time of year) but I share it here because it led to my first official foray into writing, the cloistered and malnourished lesser twin of my visual art vocation. The project beneficiary, Church of the Redeemer in Greensboro, NC featured my take on the whole endeavor in the Fall 2018 issue of it’s quarterly magazine, The Table (below). (plus,commissioned by Canain, I created the drawings for presentation to the church so this is still, ahem, technically an illustration post.) 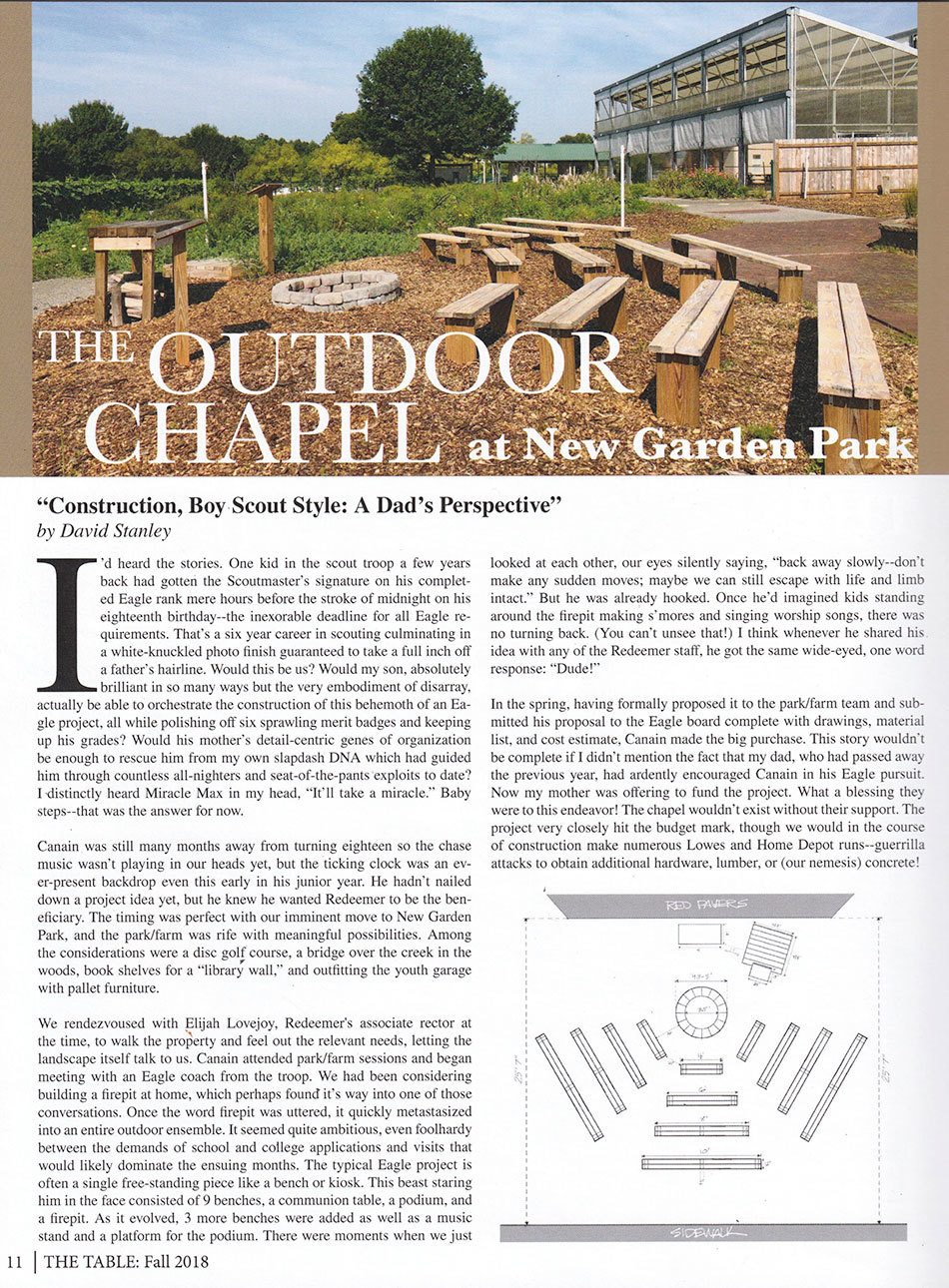 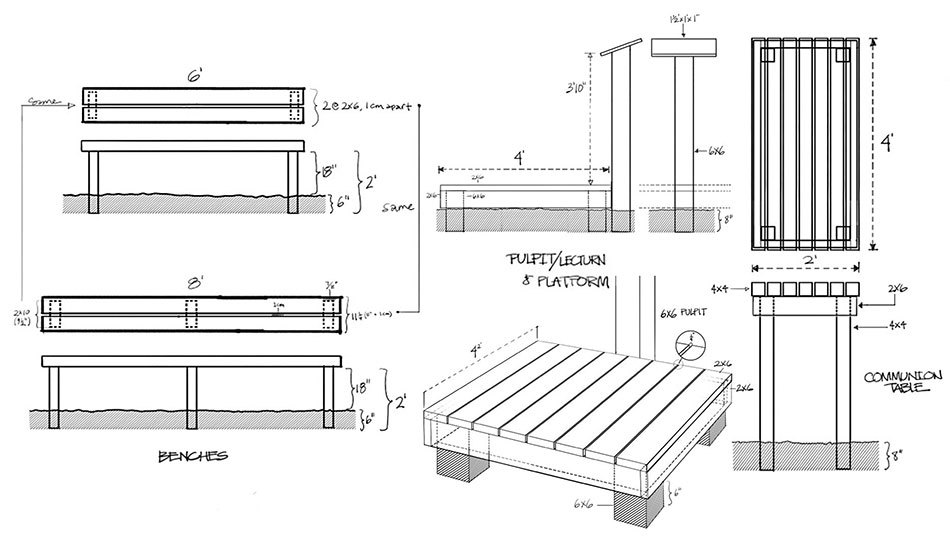 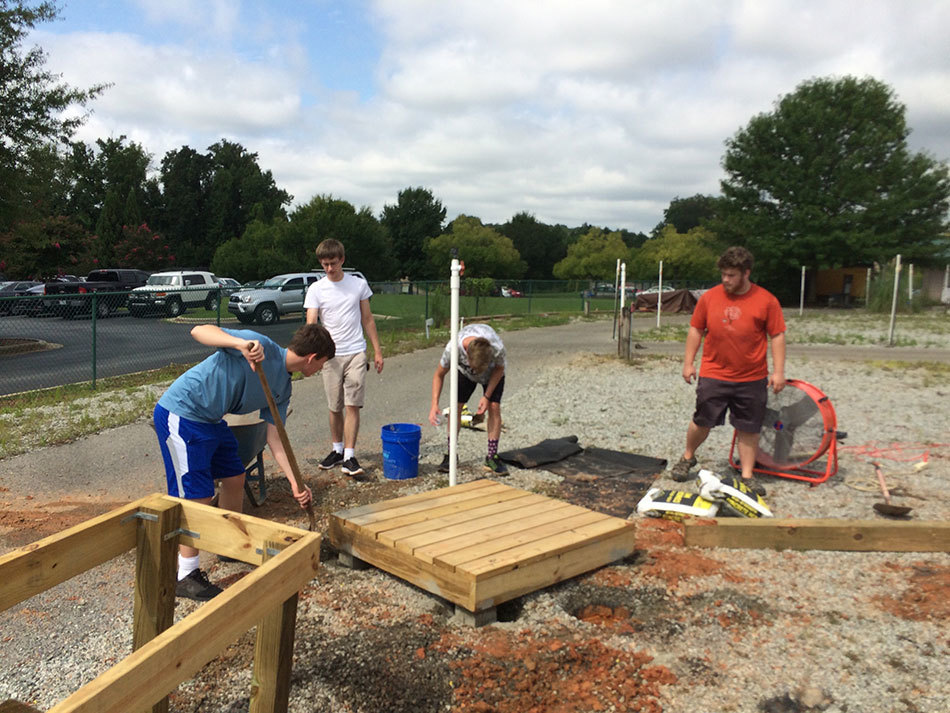 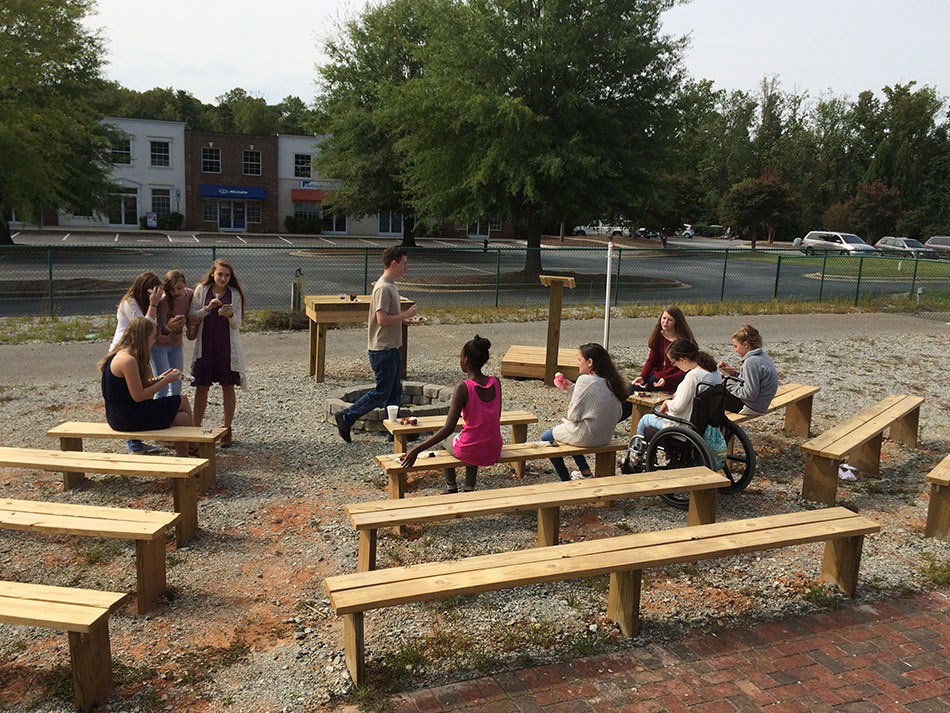 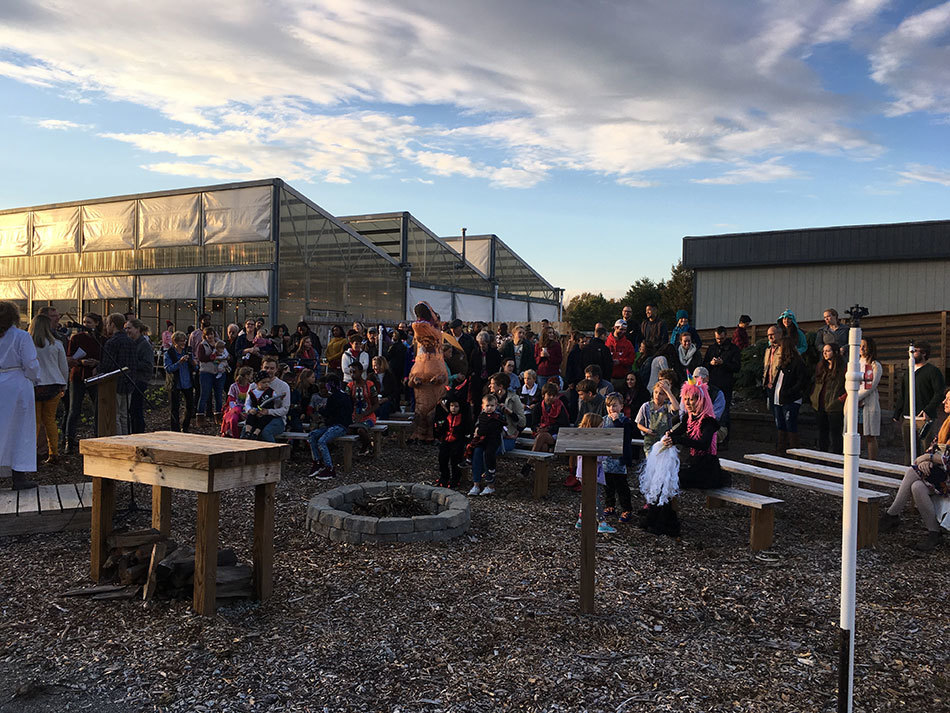 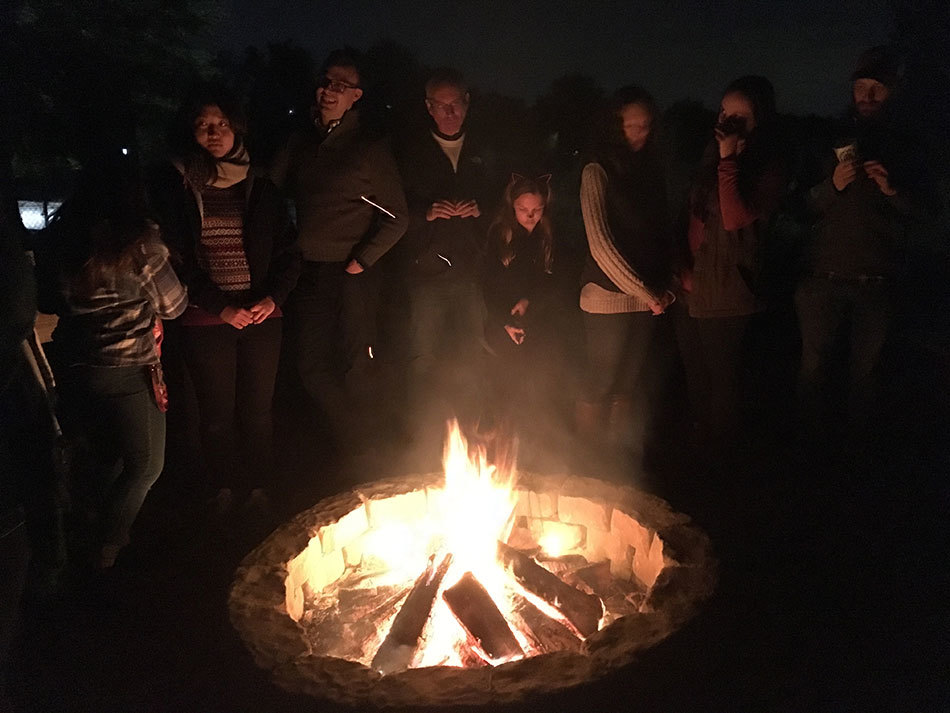 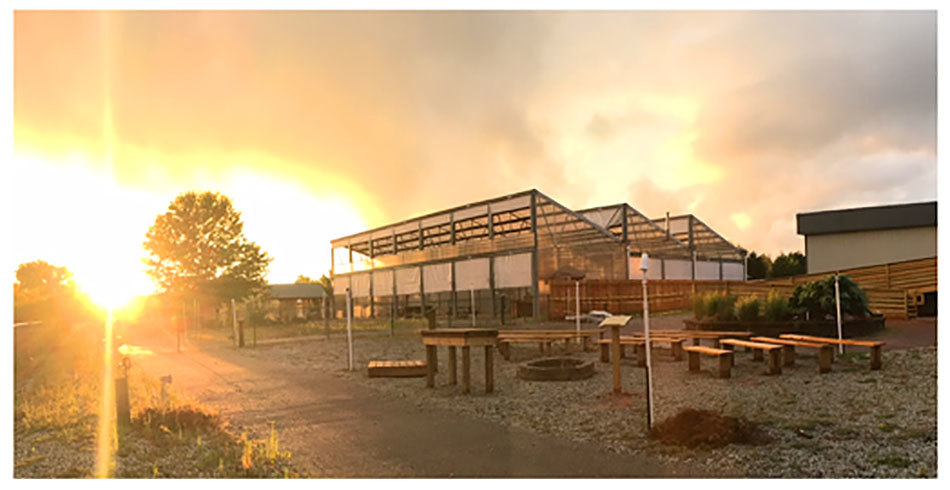 As a member of Church of the Redeemer, I can access that permanent monument to my own fuzzy memories anytime I like. It is both personally meaningful and highly functional, benefiting many for years to come. Such is the Scouting ethos. But this is a new era, and the times they are a changin'. I came downstairs to my studio this morning and walked past Canain's empty room, reflecting on the all too brief summer with him back in the nest. The silence was deafening. The melancholy was.. sanguine. The coffee in my mug was hot. And the easel was calling. There's work to be done. And thankfully Greta and I are far from empty nesters-- we'll be running the happy gauntlet of "Back to School" for another decade. There are plenty of memories to be made and sweltering summer projects to complete. But the paradox of parenthood is the wistful contentment of watching your children walk out of the door and into adulthood, a journey on which you accompanied them every step you possibly could. They move on to new adventures, a new home, new "family".. They inherit a world they must now take up the mantle of helping redeem, of bringing out of chaos and into order. Out from under our wing, they're growing wings of their own. We were there too once, you'll recall, and it worked out ok.

Sure, it's cyclical. The sun also rises. It's called orbit. It's one of the things we do best. It's what we were made to do. With a nod to the recent 50th anniversary of the moon landing, we're all natural satellites. Because it isn't about us. It isn't about our children or the world we entrust to them. It's about Him who said, "For I know the plans I have for you.. plans to prosper you and not to harm you, plans to give you hope and a future." (Jer. 29:11) He's the Great Parent. Our good, good Father. We, with all our minutea, profundity, joy, agony, and silliness are most "human" when we revolve around him and reflect his light. ..which in turn makes us more like Him. ..funny how paradox always finds it way into the equation.

Today that paradox is the contemplative nostalgia of an empty bedroom, of a past that seems suddenly cut off from the present, all for the sake of ..the future? Maybe it's the sneaky but obvious realization that milestones are not destinations.. that nests are both havens and launchpads ..that eagles' wings were meant.. for flying. 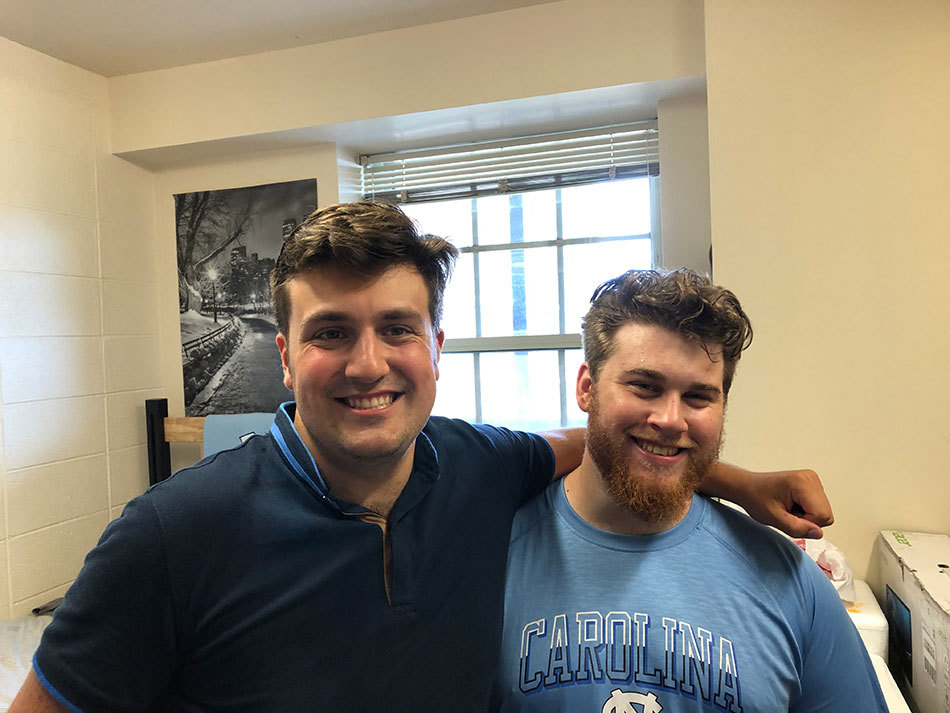