For 2018, Our State Magazine began a new series for it's back page "NC Primer" in which two similar icons of NC nature, history, or culture are juxtaposed for a fun comparison. The January issue features NC music greats James Taylor and the Avett Brothers. This was one of those rare assignments in which the pencil sketch itself became the actual illustration-- a very "pure" experience! (The only significant exception being JT's microphone.. I love those Shure Bros. Unidyne type mics of the mid-20th century, which look much more interesting than the later, more generic ones so I swapped this out for the final.)

The sketchbook-to-print groove was also true of January's trivia quiz illustration about famous recipients of the Long Leaf Pine Award, which recognizes outstanding North Carolinians for their contributions to the state. I've included both here along with a few other explorations for the Primer.

Special thanks to Jason Chanier and Hannah Wright at Our State as well as Kyle Webster, who's digital brushes have become ubiquitous and indispensable in the illustration world. 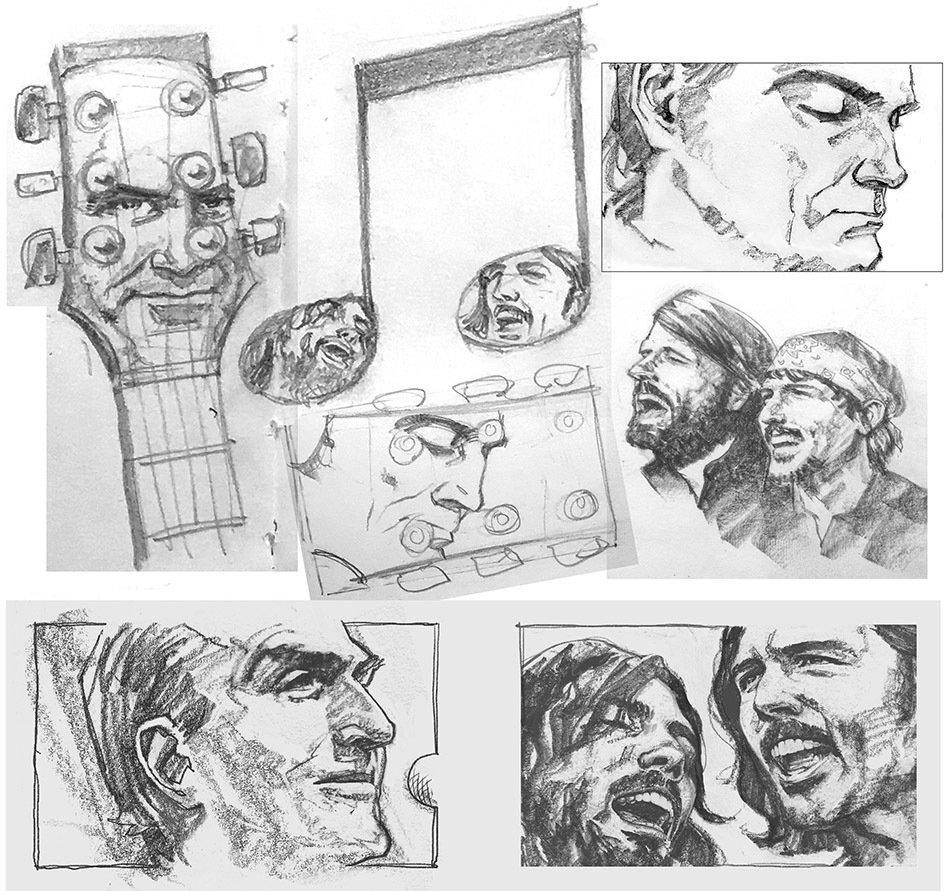 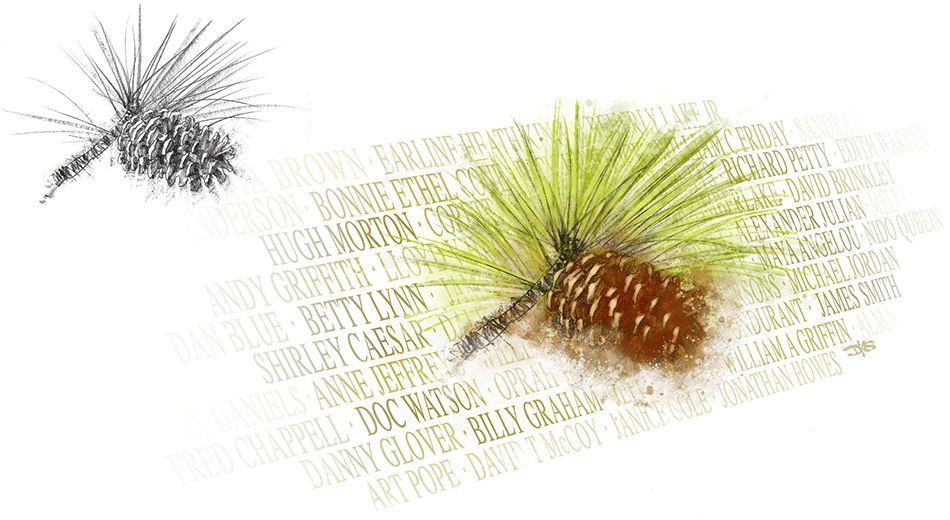