For the December issue of Our State, my monthly trivia quiz assignment, "Taking Charge", recognizes women in government. I wanted to represent a range of both chronology and office, but it's always hard to narrow it down to just a few-- especially with so many important people who have served our state well while courageously advancing the roles of women in leadership and public service.

Gertrude Dills McKee was elected to the NC Senate in 1930 and served three terms. Eliza Jane Pratt took office in 1946 as the first NC woman in the US Congress. In 1992 Eva Clayton became the first African American woman from NC to join the US Congress. Elizabeth Dole served as NC's first female US senator from 2003-2009. And Kay Hagan served in the NC Senate from 1999-2009 and the US Senate from 2009-2015.

I chose as a backdrop the North Carolina state Seal particularly because on it the concepts of Liberty and Plenty are aptly represented by women. It was an initial impulse which I set aside until the eleventh hour when I decided it was too meaningful to abandon. (See sketches below) The sketch had been approved without the Seal but while painting the final I resuscitated it-- happily, as I feel it elevates the illustration conceptually, quietly evoking our state's philosophical and cultural foundations.

Liberty's personification as a woman dates back to the ancient Roman goddess Libertas, (the Greek Eleutheria). She is also modeled after the Roman Minerva, goddess of wisdom and strategy, art, trade, and warfare (Greek Athena). In 19th century French art and politics she is perhaps most famously seen in Eugene Delacroix's "Liberty Leading the People" (1830), the Great Seal of France (1848) and our very own Statue of Liberty, designed by the French sculptor Frederic-Auguste Bartholdi and built by the French architect and engineer Gustave Eiffel (1886). The figure of Plenty holds an overflowing cornucopia representing abundance and is flanked by a ship which signifies flourishing commerce.

And if you haven't had enough trivia (hey it is a trivia quiz), the date visible on the seal, May 20, 1775, is that of the Mecklenburg Declaration of Independence, when Charlotte area residents (allegedly) declared independence from Great Britain, which of course pre-dates the American Declaration of Independence by a year. I especially like the latin phrase at the bottom of the Seal (not visible in the final iteration) which reads "Esse quad videri" meaning, "To Be Rather than to Seem." (emphasis mine) I think we could use a lot more ease quad videri in today's politics and culture. 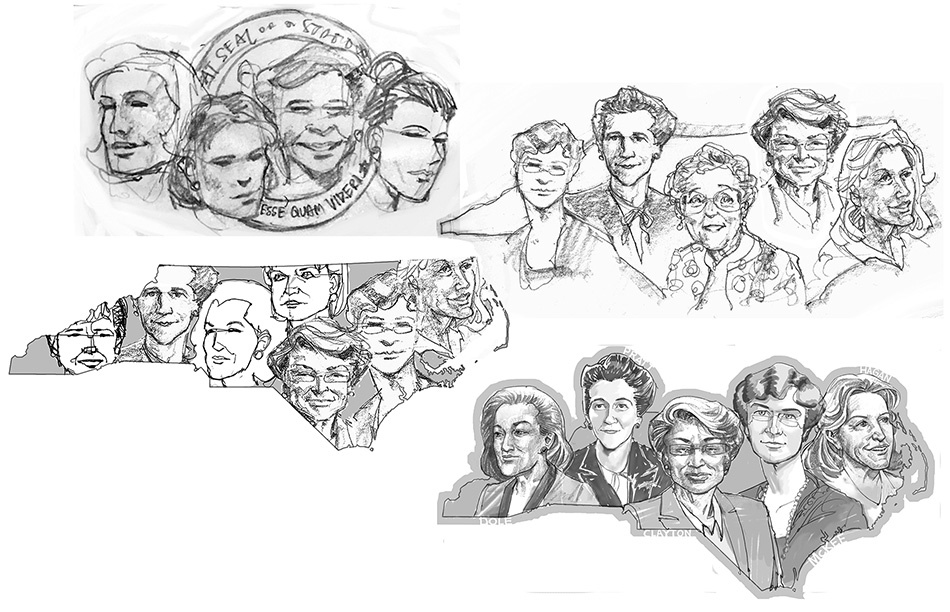