BIRDS OF A FEATHER

February's Primer for Our State: The Carolina Parakeet (extinct) and the Red Cockaded Woodpecker (endangered). The former "disappeared as surely as the Lost Colony" and the latter wears a tiny red streak (cockade) "like Napoleon's". This one flew almost straight from the sketchbook to print (yay!) ..(sketches attached). Big thanks as always to Kyle Webster at Adobe and Hannah Wright at OS.

Assembled a few sketches here.. Considered addressing the Parakeet's extinction, but the costume opportunity was just too irresistible. Plus these are generally rather light-hearted. 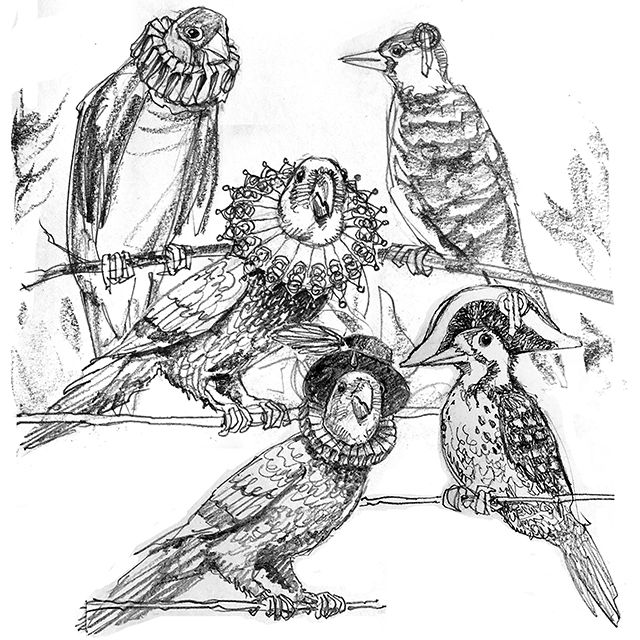